Footy Is Growing In The Netherlands

The number of playing members in AFL Netherlands has grown 85% in the last two years, growing 26% during the COVID-19 impacted 2020 season. Wondering how we have grown so much? Well, keep reading.

Women’s footy has been in the Netherlands since late-2018, kick started by Bridgette Allen in Amsterdam and we have seen new members every year for the women. In 2020 we saw the start of a new women’s competition, the Western European Women’s League (WEWL), consisting of three teams from France, Germany and the Netherlands. The Amsterdam Devils women’s team competed against Paris Cockerelles and Rheinland Lions in round one of the WEWL in Paris on 7 March. The women came away with one win from the two games and were all set for a great season ahead…but then COVID hit Europe and put a stop to travel and the remainder of the WEWL for 2020. With only one women’s team currently in the Netherlands, the Amsterdam Devils women’s team were only able to get extra game time in a mixed game with men’s players from the three men’s clubs. The energy is high among the women though and they are looking forward to a more fixture filled 2021. 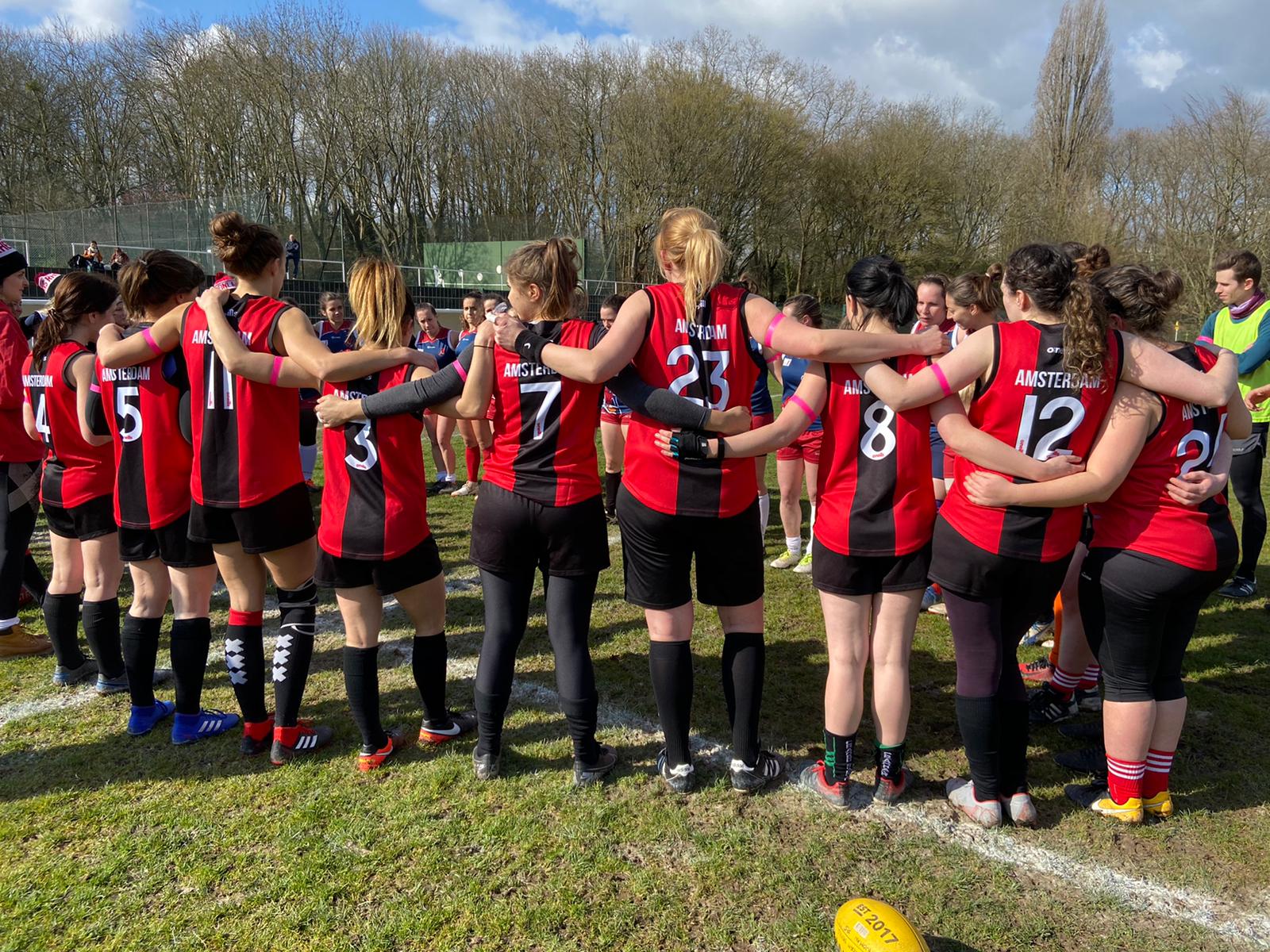 The Waterland Eagles formed in 2018, entered the AFL Netherlands league in 2019 and continued their growth in 2020. The Eagles came out of the first COVID lockdown with good training numbers and hit a training record of 20 in the fourth training session back after the lockdown. Momentum continued throughout the season with some exciting young talent coming in from the Rugby club where they train and play – Rugby Club Waterland. With the strong relationship created between the Eagles and the Rugby club, the future looks promising for the new boys to AFL Netherlands.

The growth continued at Delft Blues as well in 2020. The Blues also came out of the first COVID lockdown with some good momentum and created a good relationship with the Gaelic Football team from a neighboring city, The Hague (Den Haag GAA). With good consistent training numbers, the Blues continued to grow throughout the season and the addition of some exciting Gaelic Footballers to their squad aided with their on-field performances in 2020. The Blues will be looking to continue their growth in 2021, whilst combining again with the Gaelic Football team allowing both sports to prosper in the region.

The growth seen has mostly been non-Australian players, pushing the Australian percentage of our total members below 50% for the first time in recent memory. The growth in total members and seeing the Dutch and Other nationalities percentage growing, gives us a really good feeling about the coming years and footy in the Netherlands.