The biggest day in Dutch Australian Football is upon us, the Grand Final of the AFL Netherlands Spike Premiership. After a year of uncertainty with Coronavirus putting all sports on hold, we are now about to see which club will lift the Premiership trophy in a truly memorable year – a year which has seen all clubs grow their member base and the game of Australian Football in the Netherlands.

Following the three round robin tournament days, Amsterdam Devils claimed top spot on the ladder and took the path direct to the Grand Final. Amsterdam showed their class at all three tournament days, going undefeated with some commanding victories. It wasn’t all plain sailing for the Devils as they faced some tough battles against Waterland and Delft but ultimately Amsterdam came out on top and finished the season with a huge percentage of 325.5%. 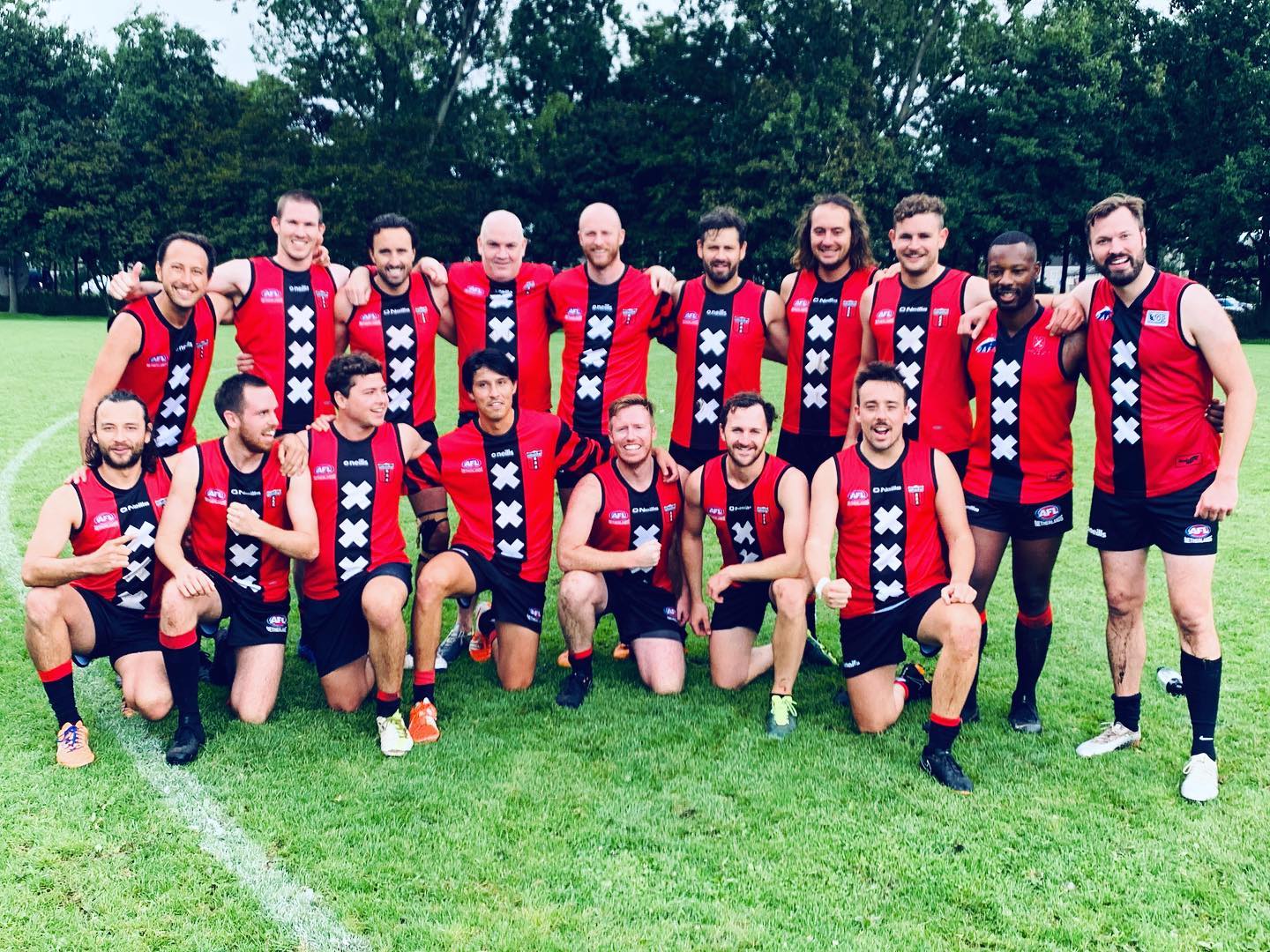 Waterland Eagles took the longer route to the Grand Final, playing Delft Blues in the Preliminary Final. The two teams had some great battles during the three tournament days, with Delft claiming two victories to from the three games. The Preliminary Final was another close battles and a game that kept the spectators interested from start to finish. Waterland held a one point lead at quarter time with Delft paying the price for some wayward goal kicking. Delft found their rhythm in the second quarter and took an eight point lead into half time. The third quarter belonged to Waterland though as they put their foot on the gas to lead by 17 points at three quarter time. Waterland didn’t look back from there and booked their place in the Grand Final with an 83 (13.5) – 54 (7.12) victory. 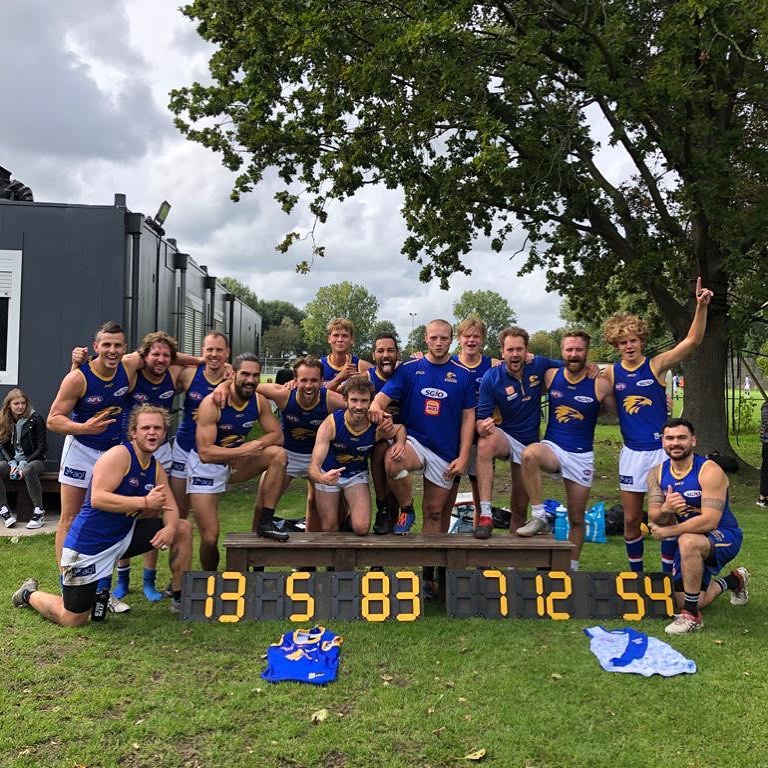 Amsterdam will be looking to finish season 2020 off with the ultimate prize following their undefeated league season, however Waterland stand in their way and they are hoping home ground advantage and a noisy crowd will be a telling difference on the day.

Join us in Purmerend on Saturday, 19 September at 13:00 for the game of the season. There will be meat pies and cold beers on offer from the outside bar – as always!